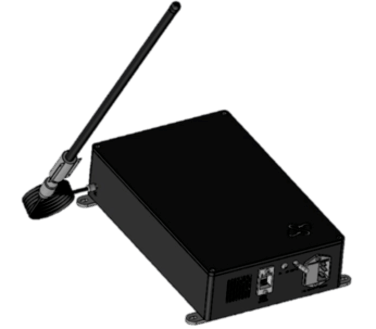 ADS-B equipped aircraft to emit their exact position, and Mode S aircraft can be tracked via multilateration (MLAT) when the signal is received by three or more receivers.

ADS-B Box owns and operates these receivers at hundreds of airports around the world in conjunction with airport operators.

Aircraft know their location based on GPS or similar technology and their altitude based on a pressure altimeter. Aircraft with an ADS-B transponder broadcast their identification and this three-dimensional position (latitude, longitude, altitude) on 1090 MHz or 978 MHz, which can be received by radio within line of sight of aircraft (a maximum of 300 mil/ 480 km at cruise). Receivers around the world send this data over a real-time connection to ADS-B Box, which aggregates the data and provides flight tracking data and interfaces. Approximately 70% of airlines around the world and 10% of private jets currently have ADS-B, whereas nearly 100% have Mode-S.